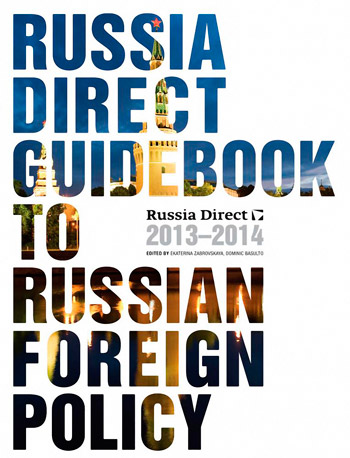 The Russia Direct Guidebook to Russian Foreign Policy, which includes work by prominent international experts, looks back at some of the defining moments in Moscow’s relations with the world over the past year and analyzes the challenges ahead.

From the build-up to and execution of the Sochi Olympics to the developments in U.S.-Russia nuclear cooperation, we’ve taken a nuanced look into some of the most critical issues that have had an effect on Russia’s relationship with other countries.

This guide compiles five quarterly reports published by Russia Direct from 2013 to 2014 which delve into the changing geopolitical conditions of the time:
"Russian Soft Power 2.0"
"Afghan Endgame: What Comes Next"
"Sochi: Going for the Olympic Gold"
"Megatons to Megawatts Program: Hard Lessons and New Opportunities for US-Russian Nuclear cooperation"
"From Brain Drain to Brain Gain"

The issues covered in this guidebook span a range of topics: how Russia projects its military power abroad in conflict zones such as Afghanistan; how it copes with the problem of global terrorism along its own borders; how it manages its economic development by trying to reverse brain drain; and, how Moscow is pivoting in its approach to soft power.

Enhance your understanding of Russia by reading expert analysis from the likes of Thomas Neff of the Massachusetts Institute of Technology, Ivan Timofeev of the Russian International Affairs Council, and George Joffé of the University of Cambridge – just to name a few.