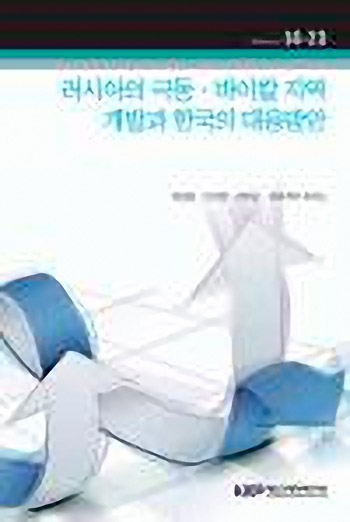 The security situation in the Russian Far East and the Baikal region remains fragile due to their close proximity to Northeast Asia which exhibits a degree of strategic instability. In addition, these regions represent links that connect Russia to Northeast Asia geopolitically. From a geo-economic perspective, the Far East and Baikal region are viewed as underdeveloped areas located close to rapidly growing Northeast Asia and the Asia-Pacific area, in addition to being resource-abundant regions. The development of the Far East and the Baikal Region has several geopolitical and geoeconomic significance as follows. First, from the Russian perspective, it can strengthen the role of Russia as a Eurasian superpower and become a new growth engine for the sustainable economic future of Russia. Second, from Korea’s standpoint, the region is important in that it can be a medium for enhancing opportunities to engage in geopolitical cooperation with Russia and build a new growth base outside the national territory.

Russia’s development policy can be divided into two aspects: the ‘plan(program)’ and ‘institutional mechanism’. First, the ‘plan(program)’ is essentially based on the ‘Strategy for the Socio-economic Development of the Far East and the Baikal region until 2005’ which is in accordance with the government program that was adopted in March 2013, and revised in April 2014 called ‘Socio-Economic Development of the Far East and the Baikal region’. Regarding this ‘plan(program)’, three sub-programs which include two existing federal target programs are currently being implemented. Second, ‘institutional mechanism’ is identified with implementation of preferential law and institution. The details are as follows: 1) the establishment of the Ministry of the Far East Development and expansion of its authority, 2) in addition to the already-existing ‘OJSC Far East and Baikal Region Development Fund’, formation of ‘Dalny Vostok’, ‘Agency for Investment Attraction and Export Support in the Russian Far East’, and ‘Agency for Human Resource Development’ followed to promote expansion in the Far East related institutions, and 3) enactment of preferential tariff law, establishment of 14 ‘zone of advanced socio-economic development’, extension of the time period for Special Economic Zone in Magadan Oblast, and the formation of Vladivostok ‘Industrial-production’ Special Economic zone.

The Far East and Baikal region development policy is regarded as a paradigm shift from conventional policy for the following reasons. First, the notion is based on ‘a leading role in development strategy’ instead of previous ‘catch up development strategy’ for the Far East and Baikal region, focused on aligning industries with an efficient market, and it aims to develop export oriented industries in the Asia-Pacific region. It is also directed towards the promotion and growth of economic relations with regional countries. Second, innovative methods for federal governance was developed in order to strengthen the institutional aspects of the development plan, including introduction of new laws and institutions to improve investment attractiveness. Third, regarding the finances; a feasible and appropriate federal funding plan was prepared. Fourth, in terms of political commitment, local development through cooperation with the Asia-Pacific countries were publicly declared several times by President Putin. Finally, above all, the institutional mechanisms for the development of the Far East and Baikal region is now guaranteed by federal law and not just by federal government decree as in the past. Previously, the Far East and Baikal development program by federal government decree did not include a systematic institutional mechanism nor did it guarantee legal stability. But Putin’s third term government established institutional mechanisms needed to implement the ‘plan(program)’, and through the federal law, policy measures for preferential tariff, leading development area, public-private partnerships were ensured.

After reviewing and assessing the cooperation among Korea-Russia and the major economies concerning the development of the Far East and the Baikal region, there are measures Korea can and should take with respect to regional development: first, the region should be made a part of new international division of labor involving production of semi-finished products or components of goods at major socio-economic development zones where a wide rage of preferential treatment is provided, and export of those products back to Korea or a third country for processing into finished products. This is consistent with the Russian government’s policies which aim to foster export-oriented industries and incorporate the Far East into the Asia-Pacific value chain. Second, given the competitiveness of Korea, cooperation in expansion of oil/gas processing and plant construction sectors hold much promise. In particular, since the Russian government is emphasizing the importance of fostering ‘deep processing’ industries in the energy sector, the possibility of cooperation in this area is large. Third, in addition to oil and gas production, cooperation in large-scale infrastructure projects which are the driving force of the Russian economy is feasible. Especially, in the case of port infrastructure, Korean firms have a competitive edge in terms of both technology and experience, which means Korean-Russian cooperation is likely to lead to success. Fourth, there is cooperation linked to tri-lateral economic cooperation between the two Koreas and Russia. If the Najin-Hasan project generates a commercially successful outcome, it can become a platform for other projects such as gas pipeline through South Korea, North Korea, and Russia; efforts toward power grid connection and agricultural cooperation will also gain momentum.

To support the cooperation in these sectors, we would like to suggest several measures as follows: holding regular prime ministers’ meetings between the two countries, establishing a partner organization for Far East development and PPP projects, providing support measures for paticipation in leading socio-economic development zones, increasing access to capital through fund platform, offshore banking, and private financing; innovation in methods of providing information while taking into account the needs of information recipients, taking additional step towards multilateral cooperation; and proposals for the trilateral Korea-China-Russia joint research project to interconnect Russia’s ‘Look East Policy’, China’s ‘New Silk Road Initiative’, and Korea’s ‘Eurasia Initiative’.