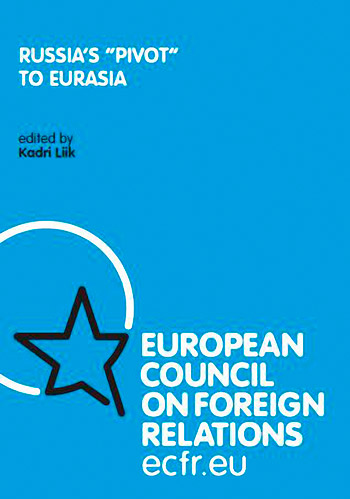 The Presidents of the Russian Federation, Kazakhstan and Belarus have signed an agreement that gives birth to the Eurasian Union – a Russia-led integrationist project designed to boost economic integration of the post-Soviet space. But what is the Eurasian Union and what does it mean for the European Union and its relationship with Russia? Is Russia now turning away from the West in the hope of a brighter future in the Asia-Pacific region? Or is it all a mirage?

In a new essay collection published today, ECFR asked ten prominent Russian experts from across the political spectrum to explain why Russian elites are disappointed with Western policies and what this means for the resulting turn towards (Eur)asia. They discuss:

The history of the idea of "Eurasia"and how it is applicable to the present day;

Putin’s pet project – the Eurasian Union – and its prospects of success;

Russia’s disappointment with the West;

How Russia fears Chinese influence and competition and how it plans to "balance" it;

The politics of energy in Russia’s pivot to (Eur)Asia;

The impact of the Ukraine crisis and the annexation of Crimea.

These essays are interspersed by futuristic vignettes on Russia as a non-European country by some of Russia’s leading writers, which help to unlock realities that remain beyond the reach of expert analyses and give texture to the analyses.